As a parent, it must not be very clear for you to understand the slang and the hashtags your teenagers are using. With the rising use of social media platforms, especially among teenagers, it seems like they have come up with a new language to interact with one another. But for the sake of your children, parents must know about hidden hashtag meaning.

You must be worried about what your kids are talking about and expressing on their social media. As a parent, you only want to protect your kids from harm and injury to themselves and others. But these hashtags your teens are using must be making it hard for you to understand how to protect them. 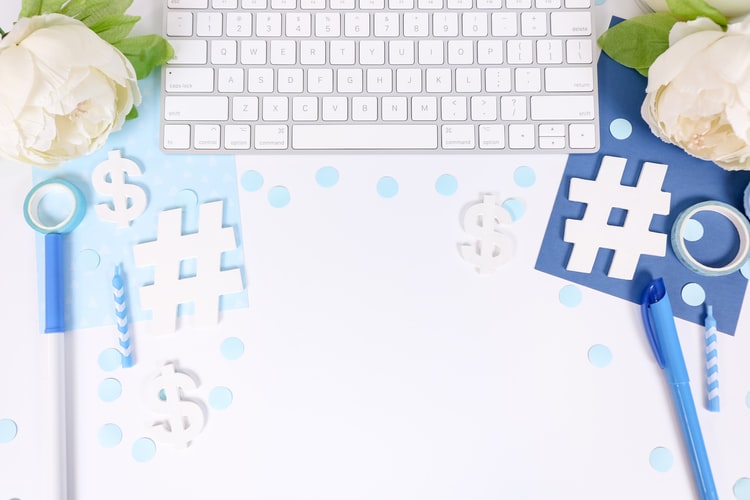 Parents should know the hidden meaning behind the hashtag to protect their kids from any problems or harms online or offline. This blog will talk about hidden hashtags, meaning parents should know about understanding what their kid is talking about or in danger.

Hashtags related to their hidden meanings

A study on hashtags published in the Journal of Adolescent Health in 2016 looked into various secret hashtags related to “Nonsuicidal Self-Injury(NSSI).” They searched the social media platform called Instagram using the hashtag “#selfharmmm.”

Nonsuicidal self-injury (NSSI) contents are present on social media and may influence teens or adolescents. These hashtags can be cryptic, making them difficult to comprehend for those outside the NSSI network.

From that result, they found out that #secretsociety123 and #blithe represented nonsuicidal self-injury. They used a survey of 201 Instagram posts to find 10 NSSI hashtags that were undefined. #blithe, #cat, and #selfinjuryy were among the NSSI names.

Likewise, #svv is German, an acronym for “Selbstverletzendes Verhalten” or self-harming behavior, and #sue is related to suicide or having suicidal thoughts. “#cuts” is for cutting or self-harm.

So try to monitor their social media platform like Instagram. If you see your kids using such hashtags then, it is a serious matter. Try consulting with them without being condescending or contemplating. When you start becoming condescending, they become more and more recluse. So talk to them like a friend and take things in your hand. 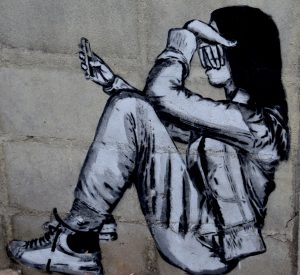 The study on hashtags published in “Journal of Adolescent Health” also discovered a popular image that described the broader community of Nonsuicidal Self-Injury(NSSI) and mental illness. That community is called “#MySecretFamily.”

So if you see your kids using hashtags like that, try to find out their root cause of depression, anxiety, or personality disorder. See if your kid is being bullied on their social media platform. Monitor their text messages to determine what they are chatting about and determine if someone is harassing them.

Mental health problems can be very serious. You can also take your kids to see a psychiatrist for a therapy session and solve their mental health issues.

Many hashtags are used in the pro-eating disorder community, and many of them may seem innocent to those who aren’t familiar with their true significance. The hashtags #ana and #mia, for example, stand for Anorexia and Bulimia, respectively. It cannot be easy to deduce the user’s purpose solely based on the hashtag.

Anorexia is an eating disorder marked by abnormally low body weight, a deep fear of gaining weight, and a skewed perception of weight. Bulimia is an eating disorder that can be life-threatening. People who have Bulimia may binge-consume a large amount of food without control and then vomit, attempting to eliminate the extra calories in an unhealthy way.

Communities that encourage disordered eating can also use hashtags like #proana or #promia to make their motives clearer, at least to those who know what they mean.

At first sight, the hashtag #thinspiration, also known as #thinspo or #thinsp, can seem harmless. People can use these hashtags as inspiration to lose some weight without an eating problem. On the other hand, the same hashtags are used in pro-eating disorder groups to post images of dangerously underweight people or distribute misleading and negative messages to group members.

There are also offshoot hashtags like #meanspo and #sweetspo, which point out people as obese, disgusting, lazy, or gross and call them names like cows, pigs, slobs, etc.

Thus parents should be aware of these hashtags to show if their child has an eating disorder because of the harmful hashtags related to their body image, health, and weight.

Hashtag related to drug use

Teens use hashtags like #420 or #crow or even green check emoji to refer to weed, pot, or marijuana. They use #molly to indicate MDMA or ecstasy.  #tina is used to refer to crystal meth. Teens may use #pre-ing to refer to pre-drinking, drinking alcohol before parties, or other events. 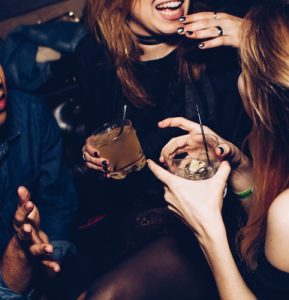 They use hashtags like #wavey, #wired, or #merked to be drunk or high. The maple leaf emoji, some of the green leaf or tree emojis, the pineapple (a nod to the stoner film Pineapple Express) can all be used to reflect “grass” or “pot.”

For obvious purposes, slang terms and phrases for drug use will shift easily. In the context of drug use, slang is used to make it harder for you to grasp what your children are doing and to mislead law enforcement.

Openly addressing the sale or use of illicit or controlled drugs in any environment, including the internet, risks being charged and prosecuted, as well as parental disapproval or retaliation.

Try monitoring your kids’ text messages and activities on social platforms like Instagram, Facebook, Snapchat, Viber, etc. If you see any hashtags mentioned above, they may be engaged in drug use and drinking.

Teens can also use hashtags to talk about sexual activities. #NSFW refers to not being safe for work which refers to nude photos or videos. #belfie refers to taking a photo showing your buttocks. #smash, #53x, #cu46 are hashtags referring to sex.

Sometimes without knowing, you can use hastings like #DaddysGirl, #DaddysLittleGirl, #BackToSchool, or #BabyGirl magnets for a pedophile. Child Rescue Coalition has made a list of hashtags parents should avoid using to protect their kids from online predators.

Why are teenagers and kids using secret hashtags?

Teenagers and kids use these secret hashtags to be sneaky. Social media sites are getting smarter about breaking down dangerous behavior or inappropriate content. Parents are more proactive in using parental control and spying apps to monitor popular social media platforms’ accounts.

Finding other kids who express their thoughts by seeking a hidden hashtag helps them feel less lonely. It’s how they’re struggling for a sense of belonging. Alternatively, in the case of unethical or unethical conduct, using hidden hashtags to find community presents them with others to address the claims you make about the behavior.

Teens use the hashtag as their secretive language that is hard for parents to understand. These hidden hashtag have meaning every parents must know to protect their children from the online world. Hashtags on the surface level seem fun and harmless. People use these to increase their posts or stories and find other similar people to create a community.

However, people can use hashtags to share hidden signals. Teens can use hashtags to talk about drugs, mental health issues, eating disorders, sexual activities, and even self-harm and suicidal thoughts. Such activities can put your kids’ lives in danger, and you would still have no single clue.

Therefore, parents must know about hidden hashtag meaning. They should know what their kids are talking about so that they can protect their kids from any potential risks or threats from themselves and others.

How can you block websites on Android and iOS devices?

Meetup And Breakup: Are Your Teens Using A Dating App?