Viber Spy:
How to Spy Viber? 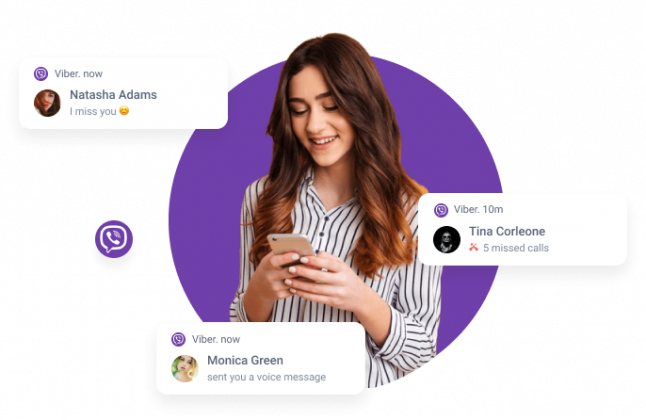 Use our spy app to spy on the target’s Viber and track all the Viber messages (both sent and received). Also, Spy on group conversations and private Viber messages.

Track every sent and received calls on Viber. You can also track the date, time and duration of every call.

Retrieve all the collected data from the dashboard at any convenient time. You can access the Viber data from your dashboard even after they are deleted from the targeted device.

MobileSpy is an iOS and Android Spy app that lets you spy on someone’s Viber. Spying on Viber with MobileSpy allows you to track Viber calls, messages, Viber chat history, contact details, shared media files and many more. Viber Spy runs in stealth mode and creates a log of Viber activities without letting the target know they are being tracked. Messages exchanged on a Viber are stored in a folder, which is accessed by MobileSpy.

Our Spy program is capable of downloading images, voice messages, video and audio files from Viber. First off, log into your MobileSpy home screen. Find the Social App-Viber Spy option in the selection panel on the left and access the dashboard to figure out what your target is up to. You can look at their interactions, see the history of their use and access the media files that have been shared or deleted.

Why you need to spy on Viber? The need of Viber Spy App

Viber is a popular app and it keeps attracting new users because of its features to make phone calls and send text messages without any cost. While the app seems useful, it still can pose threats, especially for minor kids. Viber also features an end-to-end security system that allows sharing texts and files between communicating parties only. Though it’s secure, chances are your kids might be misusing this feature to exchange inappropriate content exposing themselves to potential threats.

Similarly, the feature can also be used by employees to leak confidential information to third parties. Viber also offers a location tracking feature that allows its users to share their location with each other which can open an opportunity for the stalker and online predators to cause problems. Considering these facts, spying on Viber has been necessary for parents and business owners in today’s context. MobileSpy operates in stealth mode and gives you full access to the target’s Viber activity. You can look out and protect your dear ones as well as safeguard your business interests with the help of Viber Spy.

What will you be able to do with Viber Spy tool?

Once you opt for Viber tracking of your underage kids or company-owned device (both are completely legal), you will be able to;

Do I need to root or jailbreak the targeted device?

While you don’t need to root or jailbreak the targeted Android/iOS device to access most of the feature of MobileSpy, you might have to do this for tracking other’s viber.

Viber Spy app lets you control your target by keeping them under surveillance. The communication gap between parents and kids in today’s tech-savvy world is used as ammunition by predators. For parents, Viber spy will minimize the risks and protects the kids from bullies, scammers, perverts and sexual predators.

By installing Viber spy, parents can know what their children are doing in Snapchat. The irresponsible use of Viber is also the biggest concerns for business owners as it directly affects employees’ productivity. Viber Spy is the best way to keep employees focused and motivated.

Start Remote Monitoring with these
3 Steps

Sign up for MobileSpy.io account to track online activities of your target. All you need is an existing email ID and you are good to go.

Download and install application on the device you want to spy. It will takes only a handful of minutes.

A Few Words From Our Happy Customers

For about a year now, I’ve been using MobileSpy. Basically, I need to keep track of my team to see what they do during the work hour, that information allows me to make smarter decisions about the company and leadership. Furthermore, I can track their work from any location and can access my data from one location. Really loved this app and appreciate it!

For a mom like me, it’s positive news that we can now use the app to track our kids just to make sure they are all right. I have just found out that the MobileSpy app is offering several functionalities such as monitoring social media, GPS location tracking, website history tracking which is important for digital age parenting. Thank you for these fantastic features in one app.

I was searching for the best way to safely spy on the phone of my husband without him knowing about it then I saw suggestions about the MobileSpy app. I went for it and now I have unrestricted access to his mobile and he doesn’t know about it. It’s amazing that I can spy on his social media apps, call history and even know his location through a GPS location tracker.

I’ve read a lot about the victims of online abusers, cyberbullies, and scammers but I never imagined my daughter would also be the victim of these online abusers. MobileSpy allowed me to bust a guy who sent lewd messages and filthy images to my 14-year-old daughter. I wasn’t able to believe my eyes! Thanks to MobileSpy that I can keep my daughter safe.

I absolutely LOVE MobileSpy! As an entrepreneur, I wanted to keep track and monitor my employees. Thanks to the MobileSpy app it’s possible now. Our productivity has almost tripled for my business since using MobileSpy. The bulk of our staff are virtual workers, so it is important to keep track of their levels of productivity to optimize our team and work efficiently.

I am in awe of what MobileSpy can do for the safety of the family. The reason why MobileSpy fits well for me is that it helps my wife and me to track the mobile of our kids and spy on their phone, SMS even on their social media activities and outside the schedule of our children via GPS. I can stay relieved of my children’s online security now. Full stars from Hudson Fam.

How We Claim To Excel?

Our customer support is prompt to help right when we receive the request from customers.

MobileSpy is a complete cell phone monitoring package for parents and business owners.

89.9% of our current and recurring customers feel satisfied with the services we provide.

MobileSpy is Securing your Digital Space Like No One Else

And Many More! Enjoy advanced monitoring features with MobileSpy.