Signs Your Spouse Is Cheating You

Signs Your Spouse Is Cheating You

Infidelity is traumatizing and one of the most challenging problems seen in any relationship so far. Most people are blindsided by their partner cheating on them, but only a few can sense it and know the truth on their own. Here, we’ve listed down a few of the common signs that your spouse is cheating on you.

Major signs your spouse is cheating on you

His lies are about things that aren’t even that important 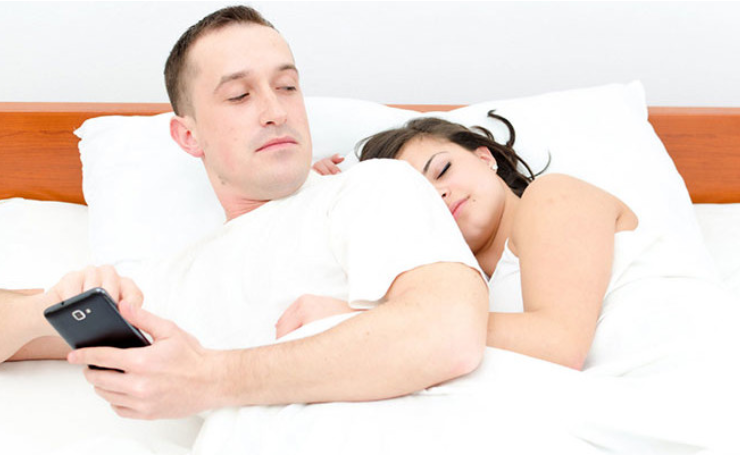 Well, there are certain rules concerning the privacy of each person when it comes to their devices (cell phones, laptops, tablets, etc.). But what if there is a huge change in this rule? What if it’s more like another level of secrecy they are demanding, which wasn’t there before? Well, it’s all in front of you. Please take it as a good hint and try to find the root of the problem.

When he’s with other people, he’s terrible at getting back to you

If he has been really good in the past about getting back to you, then it can be pretty awkward if he stops getting back to you or completely forgets about you when he’s with his friends. Or maybe, he’s getting a lot of jobs out of nowhere which is also a lot suspicious when you think about it wisely. You must think about it a lot if he’s showing these kinds of behavior lately.

When you’re not around, he hangs out with a new crowd

Is he hanging out with a new group of people lately that you don’t know about? New people mean there’s less chance of you contacting them to check up on him, as you don’t know who he is with. Does the new group have any female friends he might be cheating on you with? If so is the case, then it’s one of the huge signs that your spouse is cheating on you.

A good offense is the best defense

Did he accuse you of cheating on him without any good reason and out of nowhere lately? It could be a case that he is cheating on you and blaming you for nothing so that you could focus more on defending yourself rather than focusing on what he’s been doing lately. Because you’re the innocent one, and you give everything to prove yourself innocent, rather than spying on them. It’s one of the good strategies most of the cheaters utilize, and it’s a lot effective as well.

He looks a lot better than usual

Can you see the change in his dressing sense, or is he using colognes a lot lately? It could be a simple change he’s trying to adapt to, but what if there’s another lady in his life, and he’s doing it all to attract her towards him? Or is he doing it all because she told him to do so? You must think about it with a clear mind and get to a conclusion. If you find out about any other lady, make sure you ask him about her, and if he refuses to answer anything, you know what you have to do afterward!

On the credit card, what are those charges?

Can you see the monthly statements on the credit card that you can’t recognize at all? Well, it could be harmless or devastating at the same time. What if they see someone else, and all these charges you couldn’t recognize are for/with them? Also, are they paying in cash for certain things they used credit cards for before? You have enough proof to move ahead with. Now, do everything you can to know the actual truth.

You are being treated differently by his friends

Can you sense his friends acting or talking weirdly with you more than before? Well, it could be a case that they already know what your spouse’s up to and are trying to hide it from you. Or it may be the case that they don’t want you to be heartbroken after knowing the actual gut-wrenching truth. If you sense these changes in his friends, it’d be better to have a proper talk with them and try to find out the truth at any cost.

Rather than fight too much, you do not fight at all

Do you guys use to quarrel a lot previously, quarreling in a good way to keep your relationship going and healthy? And suddenly there are no discussions at all, rather than having both of your points of view, it’s always “OK”. You can sense that there’s something fishy going on. You can get to the root of this problem and try to find out what he’s been hiding with you lately. Rolling over is one of the greatest signs that your spouse is cheating on you, after all.

Well, not all of this behavior concludes that your man is guilty and is cheating on you. But if it continues to go on and you can definitely sense something fishy is going around, you should take action immediately and know what’s going around. In that case, you can use the ultimate mobile spying application “MobileSpy”. It is one of the best spying applications you can use and know what they are up to. You can track each of their conversations with anyone and know what they are talking about. You can also track all of the call details and many more. Try this reliable application right now!