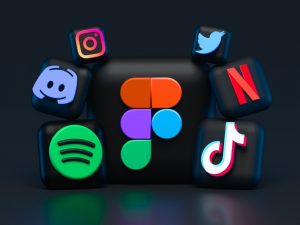 Fake accounts are a frequent occurrence on social networking sites. Facebook is a famous site for spotting fake accounts. A fake account is an online profile created by someone attempting to impersonate someone else. In this blog, you will learn about the risk of a child’s fake social media account.

What it’s like to get out of bed in the morning and find a large number of people commenting on your child’s Facebook post, slut-shaming them?  For the stuff, they know nothing about and accuse your child without first determining the nature and accuracy of a specific piece of news. What effect does it have on a person’s mind when someone thousands of miles away calls your child a slut, a cunt,  characterless, and other similar or worse harmful insults without ever meeting them? How painful does it feel when people start sharing your child’s photos on bogus social media sites without their permission and believe it is their right to ridicule you?

Read More: 7 Essentials To Teach Your Kids About Social Media

Is Creating a Fake Social Media Account Is Illegal?

Yes, creating a fake account has a good chance of violating terms of service and privacy. It falls under the violation of one’s right to privacy according to the nation’s constitution. Since the author of the fake account is making false electronic documents to inflict harm or injury, he or she may be charged with forgery. As per the respective country’s laws and guidelines, the accused may be imprisoned and fined for some money.

Why Do They Create Fake Social Media Accounts?

However, parents must be mindful that many young people build “alternative” or hidden social media profiles, which their parents do not recognize. These fake accounts encourage young people to speak openly, without the prudent family’s eyes.

How Your Child’s Fake Social Media Accounts May Cause Risk Or Harm Them?

Children are increasingly taking chances online. Kids building fictitious social media accounts to escape parental scrutiny is popular these days. However, parents should be mindful that many teenagers build “alternative” or hidden social media profiles that are not visible to their parents. These phony accounts allow teenagers to express themselves openly, away from the prying eyes of relatives.

At some level, parents need not be worried because their teen has a hidden social media account. It will provide your teen with a fun outlet, a place where he or she can be themselves with a small group of close friends.

However, there is cause for concern if your teen uses a fake account to portray their “true” or alternate persona that portrays their wild side or if you discover deeper, darker issues. 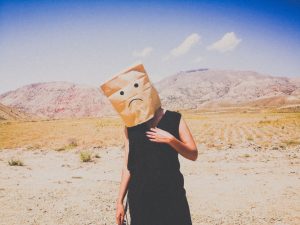 What Can You Do As a Parent If You Find a Child’s Fake Account Created By Them or By Somebody Else?

If your teen has a social media site that they do not want you to know about, it could indicate that they are engaged in risky activities that you should be aware of. It’s one thing for a teen to have a fake account for sharing funny images or serious thoughts with their friends; it’s quite different if they use their account to threaten one of their peers. If your teen has a fake social media profile, you should also be aware of it, just like every other social media profile.

Facebook, Snapchat, Instagram, Twitter, YouTube, Pinterest, and Tumblr are social media platforms. These are only some popular social media outlets available to children and teenagers today. Although there are numerous advantages to being digitally linked, there are also numerous disadvantages. It seems normal, but there is some risk of your child’s fake social media account. No parent is capable of monitoring all their children do on social media. You can take, and you have to take preventive measures to help your children use social media more responsibly.

Some children become addicted to social media, while others gradually abandon it. So, parents need to take precautions to shield their children from the harmful aspects of social media. Parental guidance and oversight provide an additional layer of security. Parents should take action against the offenders who are gaining access to their children’s accounts.

How to Backup Text Messages on Android Without Using an App