Along with the growth of the Internet, the OTT platforms were also growing gradually and proved that entertainment could also be delivered this way, rather than the traditional way. The demand and use of OTT platforms like Netflix, Amazon Prime, etc. are growing worldwide as it’s convenient enough and provides you with the best content so far. Here, you can see the top 10 OTT platforms in India.

Back in the past, we had to watch content only on television via some broadcasting networks. But, not anymore. In the meantime, everyone is familiar with technology and Internet-activated devices. No one can survive without the Internet these days.

What is an OTT Platform?

OTT platforms (Over The Top Platforms) have gained a lot of recognition and appraisal in recent times. If any service provider provides you with content delivered using the Internet, it can be an OTT platform. Before, cable TV providers used to do the same thing and provide the programs to users.

But now, as with the advancements of technology, drastic changes can be seen clearly in every field so far. Users can easily create an account on these platforms and check the content through the Internet. It would be best to have a stable internet connection to stream any movie/series through this platform. Now, let’s dive into the top 10 OTT platforms in India.

As well as being a subsidiary of The Walt Disney Company India, Disney+ Hotstar is a video streaming service provided by Star India. For subscription purposes, it is divided into two categories: VIP and Premium. The “VIP” provides domestic programs and sports content, whereas the “Premium” provides international movies and series. 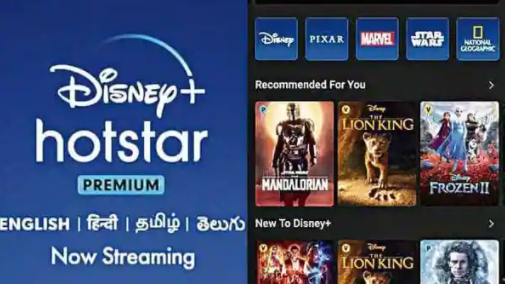 Talking about the users, this platform has about 300 million active users. For the subscriptions, the VIP plan costs INR 399 per year, which is not much. On the other hand, the Premium plan costs INR 1499 per year, or you can also pay it every month as INR 299. On this platform, the top Bollywood movies are Dil Bechara, Lootcase, etc. Similarly, the most demanded English movies are Bad Education, Secretariat, Kingsman, etc.

Produced by Amazon Studios, Amazon Prime Video is an American OTT platform used to stream movies and series by users. Rather than just movies and series, Amazon Prime also hosts programs and content from other providers, such as sports content. Launched in 2016 in the USA, its services are available in almost all countries. Users can easily enjoy movies and TV shows through their smartphones, tablets, or Smart TVs. 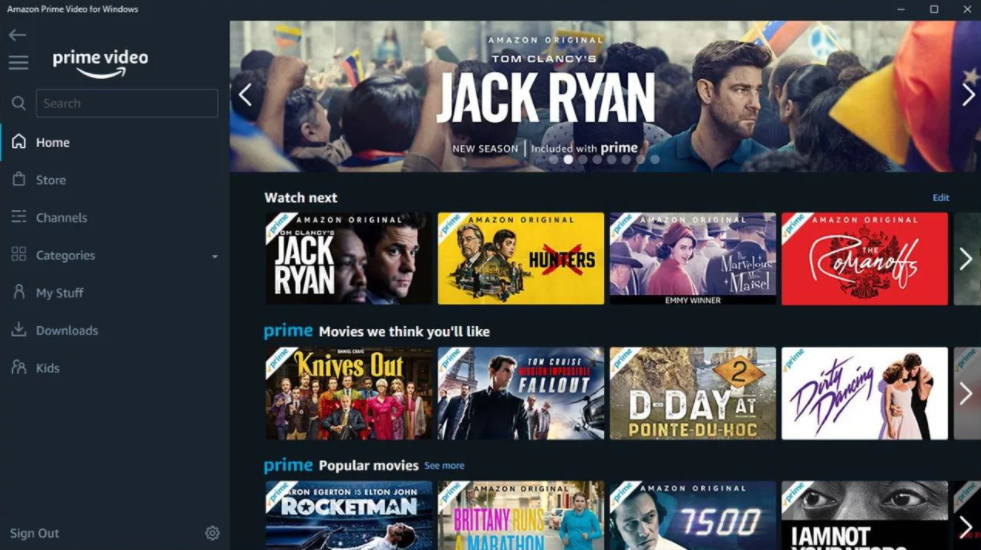 Talking about the subscription cost, users can get an account and watch the content with INR 129 per month or INR 999 per year. Along with the subscription, it also provides a 30-day free trial subject to Amazon Prime Sign-up. Some of the noted Bollywood movies on this platform are Gangs of Wasseypur, Thappad, Badrinath ki Dulhaniya. On the other hand, notable Hollywood movies are One Night in Miami, Sylvie’s Love, Uncle Frank, etc.

Founded in 1997 in California, Netflix is an American OTT platform. It offers a subscription-based streaming service to users. The company has been providing content through its online library since 2012.

In India, Netflix is one of the best video streaming services as it offers various flexible plans. There are currently four Netflix plans available: 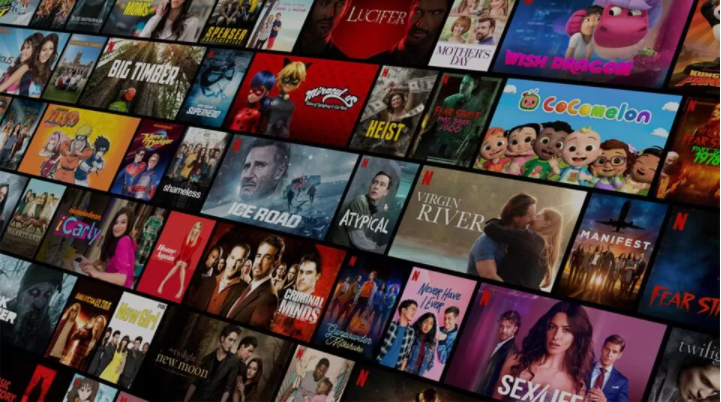 Aha, an Indian OTT platform from Arha Media & Broadcasting Private Limited, was founded in 2020. Users can view Telugu content on this platform. As per the company’s belief that nothing should come in between the movies or series, they provide ad-free content to the viewer. 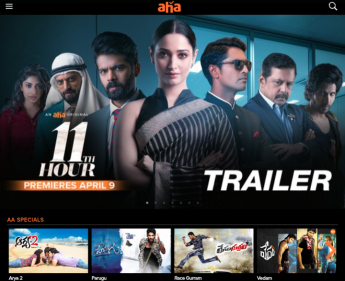 Talking about the subscription, users can also get the free subscription of this platform by visiting the official Aha site or through the application itself. Users can choose from a range of Telugu TV shows, movies as well as web series. Furthermore, users need to pay INR 147 for three months and INR 365 for a year for the paid subscription. The notable movies available on this platform are All Is Well, Sin, Locked, Geetha Subhramanyam 2020, etc.

Voot is an Indian OTT platform that Viacom18 owns, and it has been growing eventually since its existence in 2016. To watch any content on this platform, you can choose from a range of languages such as Hindi, English, Gujarati, Bengali, Marathi, and Kannada. Watching any particular shows and movies was never so easy in India before Voot came into practice. 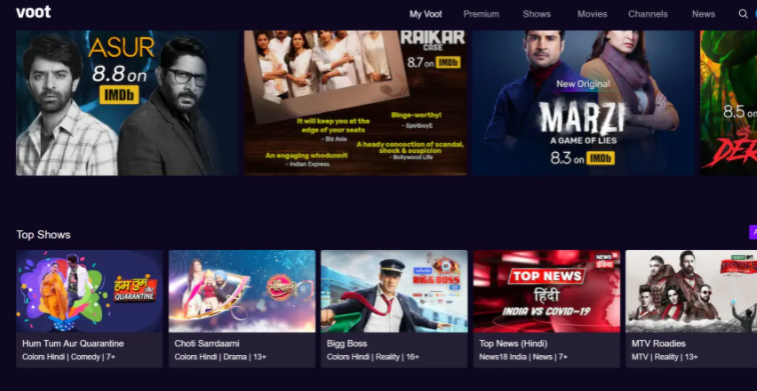 Talking about the pricing of this platform, the premium content can be viewed with a membership of INR 99 per month or INR 999 per year. While going through the contents, users can also find some free-ad content as it is not completely a paid form of the platform. Some of the notable movies on this platform are Bajirao Mastani, Main Hoon Naa, Queen, etc.

ALTBalaji is an Indian OTT platform owned by Balaji Telefilms Ltd. Launched in 2017, the company entered this field of digital entertainment to provide users with the original OTT content. There is an unprecedented proliferation of OTT services in the world today. 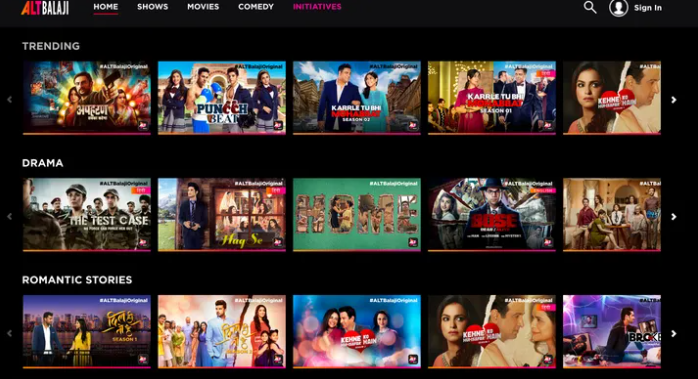 Talking about the subscription plan of ALTBalaji, you can choose either INR 43 for one month (single screen) or INR 300 for a year (single screen). The pricing of the subscription plan is quite cheap, and you can get a lot from this small amount. You can watch a lot of ALTBalaji’s original web series on this platform which is worth watching. Some of the notable movies on this platform are Mentalhood, Bichoo, Moksh to Maya, etc.

One of the best Indian OTT platforms is SonyLiv, owned by Sony Pictures Networks India Pvt Ltd. While going through the content, you can choose from a range of languages such as Hindi, English, and many other regional languages of India. Talking about the contents of this platform, few of the contents can be viewed without even registering on the platform.

The free service provided by this platform is as-supported, whereas the premium or paid service is completely ad-free. For the subscription plan, users need to pay INR 299 per month or INR 600 for six months or INR 99 for a year as per their wish. They can choose any of these paid plans and start streaming the movies/series without any disturbances in between. Some of the notable movies available on this platform are 3 Idiots, Inferno, PK, The Pursuit of Happyness, etc.

Yet another Indian video on demand OTT platform is the ZEE5. Essel Group owns it via its subsidiary Zee Entertainment Enterprises. It was established in 2018 along with 12 different languages to choose from. You can easily access the contents via the application available on Android, iOS, Web, and Smart TV. It has a lot of content like TV shows, series, movies, and sports. 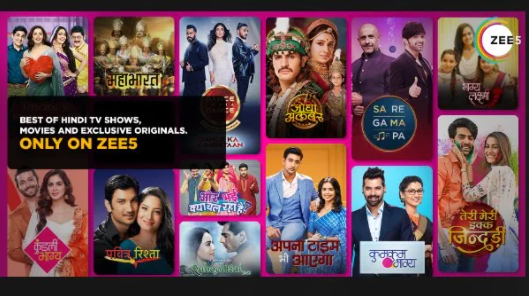 For the subscription, users need to pay a nominal fee of INR 99 for one month and INR 99 for a year. You can choose between the premium plans as Club and All Access. The Club plan costs INR 365 a year and can ve used on five devices simultaneously. On the other hand, All Access is a flexible plan. It consists of INR 99 monthly, INR 299 for three months, INR 599 for six months, and INR 999 for a year supporting five devices simultaneously. Some of the best movies on this platform are Tashkent Files, Dreamgirl, Commando 3, Saand Ki Aankh, etc.

Sun NXT is yet another top OTT platform in India, owned by Sun TV network. It was established in 2017 and four different languages, such as Telugu, Malayalam, Kannada, and Tamil. In 2019, it started providing Bengali content to users. The company is headquartered in Chennai, India. 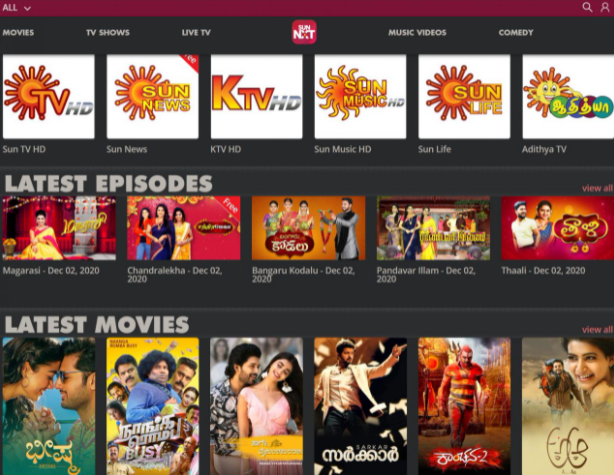 The subscription plans provide three plans: INR 50 for 30 days, INR 130 for 90 days, and INR 490 for a year. Like Netflix, the first 30 days is a free trial, and the subscription follows after the trial. You can use the application on both Android as well as iOS. The top movies available on this platform are Enthiran, Sarkar, Ghajini, etc.

Launched in 2012, Eros Now is one of the most reliable Indian OTT platforms to date. It is owned by Eros International itself, with its headquarter in Mumbai, India. Through Eros Now, users can enjoy unlimited movies, TV shows, Eros originals as well as songs. 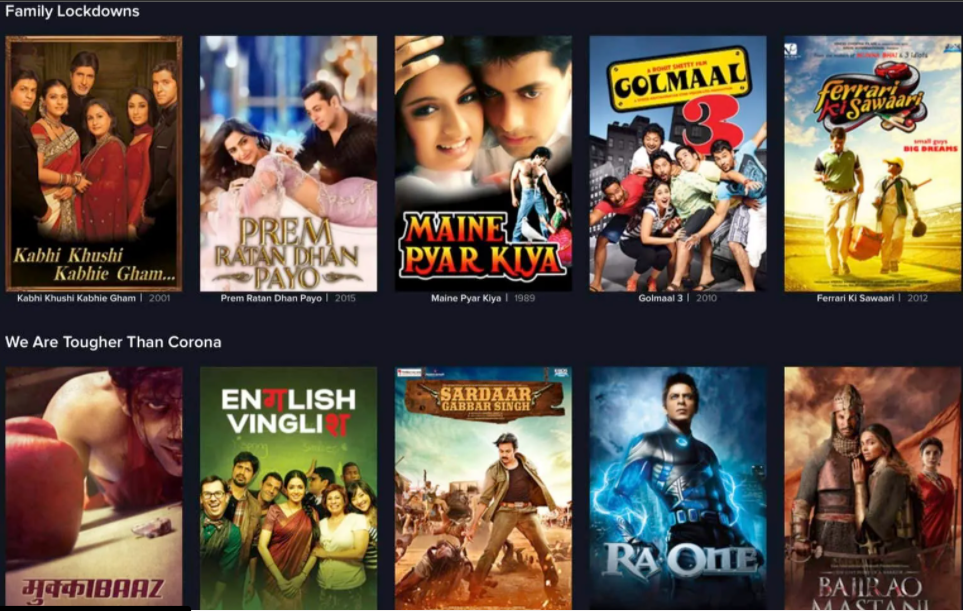 This platform provides you with three offers for the subscription plans: INR 49 for one month, INR 79 for three months, and INR 399 for a year. The pricing is also quite cheap when compared with any other medium. Some of the best movies available on this platform are Manmarziyaan, Singham Returns, Shubh Mangal Savdhaan, etc.

So, what are you waiting for now? We’ve provided you with the list of the top 10 OTT platforms in India. You can choose any of these platforms and start streaming your favorite movies or series in no time. Go ahead!