Teenage Phone Addiction: What can you do?

Teenage Phone Addiction: What can you do?

Teenage cell phone addiction is every parent’s nightmare. Many children have a phone by the age of seven, and it has become an important part of their lives. According to the recent Common Sense Media report, teens spend more than seven hours per day on average social media. This time doesn’t include the time teens spend using screens for school homework or assignments. 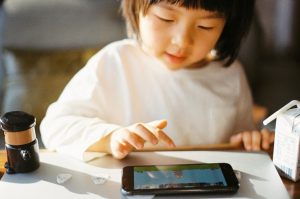 Initially, it looks fun, but slowly they start to get addicted to their cell phones and use them constantly. Teenagers stop doing their other work and are always on their phones day and night. They stop socializing, start isolating and make irrational decisions to use their phone for a longer time.

The official term of cellphone addiction Nomophobia is the rising issue of both the old and young generations.

95% of juveniles in the United States have access to smartphones, according to Pew Research, and 54% of teens spend their valuable time on their smartphones. The same research shows that 45% of juveniles feel addicted to their cell phones and constantly keep checking them. Looking by the age group, 44% of American kids age gap between 10 to 12 years have a cell phone.

What happens when teenagers get addicted to their cell phones?

When teenagers start to get addicted to their phones, the following things can happen:

When teenagers start to get addicted to their phones, they face many isolations and mental health issues.

Read More: Monitor your kids from being stressed

Things you can do to decrease teenage cell phone addiction

As a parent, if you start seeing the problems mentioned above in your kid, then it’s time for you to start taking things seriously because it won’t be long before things start getting out of the hands. So here are the things that I have that you can do to limit your teenager’s phone addiction.

Talk to your teenager about their phone addiction

Always remember that communication is the key. If you feel like your teenager is spending too much time on their mobile, talk to them about this. Tell them what it looks like from the outside point of view.

Aware about the hamper phone addiction can cause to a teenager’s mental health. More than that, teach your kids about the damage that can be caused by phone addiction. When you listen and communicate with them, they will do the same to you.

So when they learn about the harmful effects of phone addiction, they will make their own decision to stop using the phone every single time. So my first piece of advice is, to communicate with your teenager.

Notifications are the most annoying thing on the phone. By default, the notification of an app is turned on. When the phone buzzes and notifies your teens of something, they immediately get the urge to check what’s it about and ignore the work they were doing.

I am not saying to completely turn your mobile notification off because I know some app notifications are important. Tell your kids to turn off the notifications of the social apps or gaming apps. This idea will help them to focus on other stuff when they are not using their phone.

.As I mentioned above,  teens spend more than seven hours per day on social media, and it doesn’t include the time teens spend using screens for school homework or assignments. That’s a lot of time spent on a phone.

So what you can do is set a time limit on how much time they can spend on their phones. Exclude the time needed to do their homework and set a limit. I know your kids might try to rebel against it, but it is one of the best ways to remove the teen’s addiction on the phone.

Encourage them in Recreational Activities 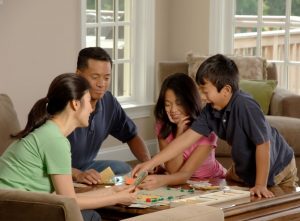 Nowadays, the concept of going outside and playing has become obsolete because of mobile phones. Especially the teens spend all their day texting, posting videos and photos, sending snaps, and watching youtube. To solve this problem, I say, “Bring the old days back.”

Take your teens outside to the park, and tell them to engage in outside recreational activities. Make them play sports, join a gym, swim, exercise, and do other activities that encourage them to be physically active. When they engage in physical activities, their time on their phones decreases.

You, as a parent, can make certain rules in the house that can limit the amount of phone usage by teenagers. For example, you can make a rule of no phone allowed on the dining table. This rule will restrict the use of phones while eating.

Teenagers tend to spend much of their time on the phone past bedtime. At that time, teens are usually alone in their room, and there will be no one to stop them from not using their phones. So they spend all night using their phones. It even leads to sleep deprivation and loss in level of concentration, and we all know what happens to a sleep-deprived person.

Therefore, you can make the rule of no phone allowed past bedtime. This rule will help teens to sleep in time. If they don’t use their phone all night, they get proper rest. Likewise, they start getting addicted to their phone lesser and lesser.

“Kids learn from their parents.” No matter how cliched this saying is, it is as true as it can be. Whatever you do, your kids will try to imitate and learn from you. If you are always on your phone whenever you are around your kids, you can expect them to be different. They will learn the same from you.

It also seems immoral to tell your teens not to use their phone when you are on it 24/7. So lead by example. To decrease your teenagers’ phone addiction, try to be less active on your phone, especially around them.

Try to talk to them, engage with them, and be more present around them. When you tell your teens not to use their phones too much, they have no choice other than to listen and then agree with you.

Use parental control and monitoring apps

You can use a monitoring app to keep track of your teenager’s phone activity. Using monitoring apps can help you know how much time your kid spends on their phone, what activities they do, and what apps they use the most.

Some parenting apps also allow you to set the time limit on apps so that you can control your teen’s addiction on a certain app. You can delete apps and games from their phone. Even if your kid is trying to hide their phone usage, you can easily determine how much they are using it.

I have enlisted some of the best parental control and monitoring software that will help you to control your teenager’s phone addiction:

Teenage cell phone addiction can cause them to lose focus on their real work and assignments at school and home. They start to isolate themselves and stop socializing. They even start to suffer from mental illness and sleep deprivation. As a parent, you must be very careful about how much time your teens spend on their phones.

If you see they are slowly starting to get addicted to their phones, it’s time for you to take some action. First, try talking to them, make them aware of their phone addiction. Set rules in your house and try limiting their screen time.

Try to encourage your teens to go outside and perform recreational activities. Tell them to turn off their app notification. Set yourself as an example for them, and try limiting your own screen time around your teens.

You can also use various monitoring apps like MobileSpy, mSpy, FamilyTime, Screentime, etc., to keep track of your teen’s mobile activities. Track how much time your teens spend on their mobile and a particular app. So by doing these mentioned things, you can limit your teenager’s phone addiction.

Is Your Child Into 18+ Contents? Track Their Browsing History